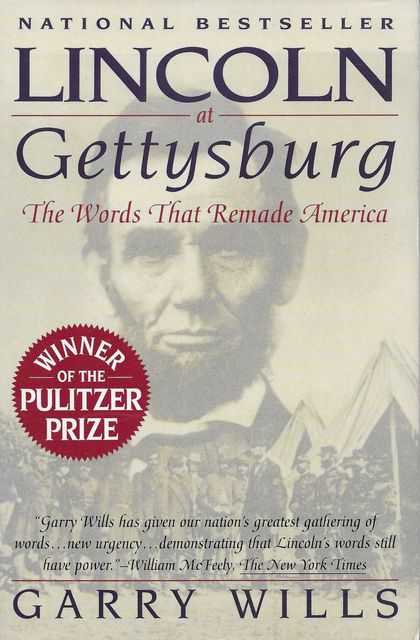 Lincoln at Gettysburg: The Words That Remade America

Winner of the Pulitzer prize in 1993, this is an account of the making of Lincoln's revolutionary masterpiece. Lincoln was asked to prepare a memorial for the battle at Gettysburg. Instead, he gave the whole nation "a birth of freedom" - by tracing its birth to the Declaration of Independence (which called all men equal) rather than the Constitution (which tolerated slavery). In the space of a mere 272 words, Lincoln combines the rhetoric of the Greek Revival and the categories of Transcendentalism, to provide stunning imagery of the Rural Cemetery Movement. His entire previous life an... View more info