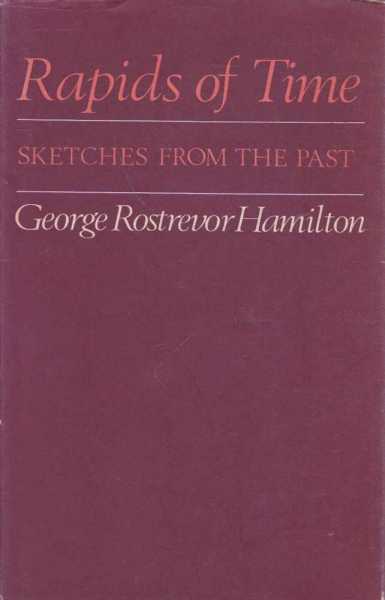 Rapids Of Time - Sketches From The Past 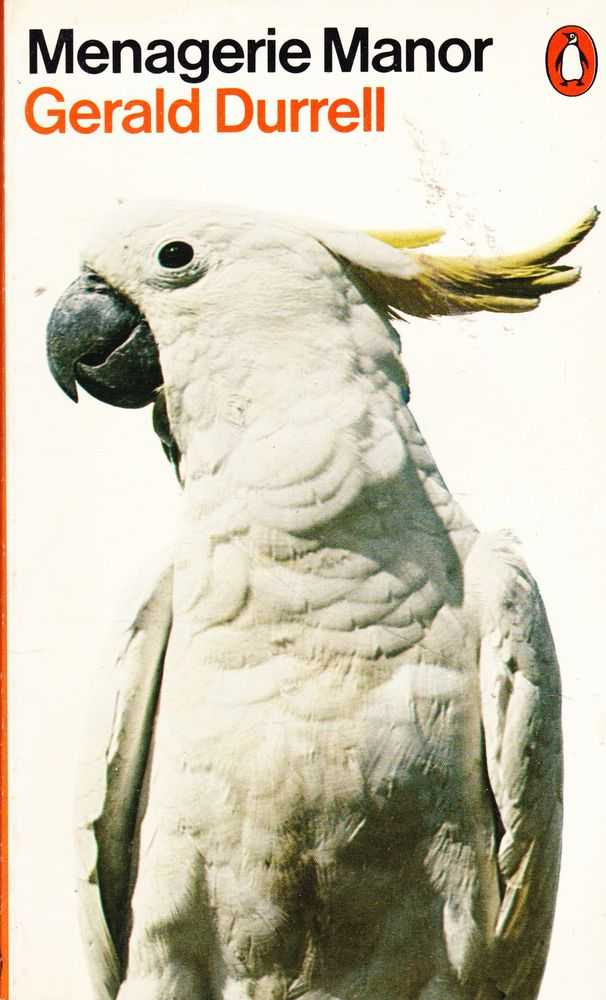 Menagerie Manor is sure to delight fans of Durrell's beloved classic My Family and Other Animals (the inspiration for The Durrells in Corfu on Masterpiece PBS) and other accounts of his lifelong fascination with members of the animal kingdom. With his unfailing charm, Durrell tells the story of how he finally fulfilled his childhood dream of founding his own private zoo, the Manor of Les Augres, on the English Channel island of Jersey. With the help of an enduring wife, a selfless staff, and a reluctant bank manager, the zoo grows, and readers are treated to a colorful parade of the zoo's unus... View more info 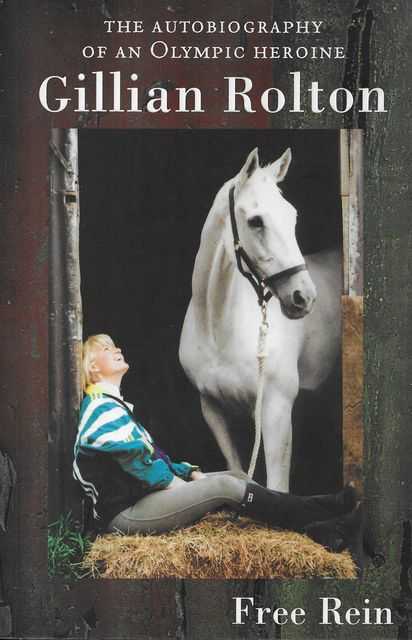 Free Rein: The Autobiography of an Olympic Heroin

the autobiography of two-time Olympic gold medallist equestrian Gillian Rolton. Gill Rolton is one of Australia's most accomplished riders. Her riding career has spanned over 30 years and includes Olympic Games, World Championships and internationals. Even more impressive when you find out Gill started eventing and showjumping at the relatively late age of 21. Free Rein follows Gill from her days as a horse-mad, music-loving Adelaide surfie chick to her inclusion in the Australian Sporting Hall of Fame. She reveals how injury to horse and rider meant she missed out on the LA Olympics and also ... View more info 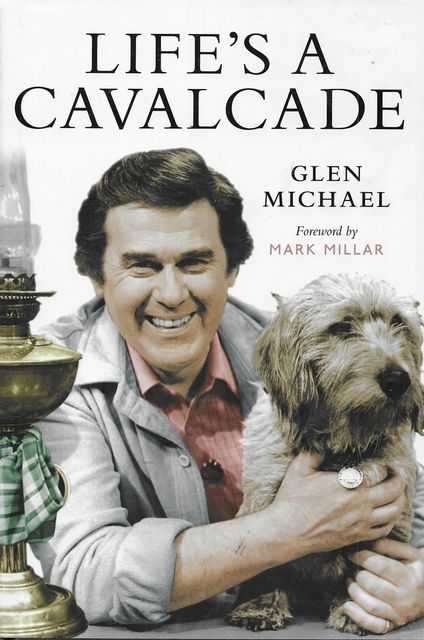 Glen Michael's "Cavalcade" was one of STV's most popular programmes ever, playing to millions of viewers during its 26-year run. As its host, Glen (together with Paladin, the talking lamp, Totty the Robot and dogs Rudi and Rusty) introduced generations of Scots to some of the world's cartoon greats, including Asterix the Gaul, Bugs Bunny, Caspar the Friendly Ghost and Spiderman. But cartoons are only a small part of the story. In "Life's a Cavalcade", Glen looks back over an eventful and varied life which began in the picturesque Devon town of Paignton, where he was born Cecil ... View more info 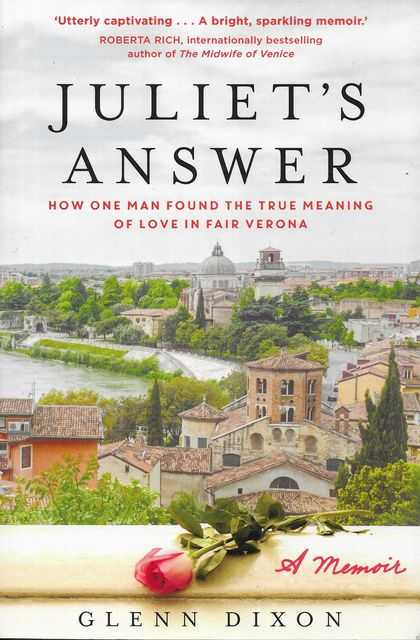 Juliet's Answer: How One Man Found The True Meaning of Love in Fair Verona

In fair Verona, where we lay our scene ... When Glenn Dixon is spurned by love, he packs his bags for Verona, the setting for Shakespeare's most famous love story, Romeo and Juliet. Determined to heal his heartbreak by helping others, he becomes the lone male in a dedicated team of secretaries who answer letters from thousands of lovelorn people around the world on behalf of 'Juliet'. Although he has firsthand experience of heartbreak and has taught Shakespeare for decades, at first Glenn struggles with how he can advise others yearning to understand the mysteries of the heart. But as he learn... View more info 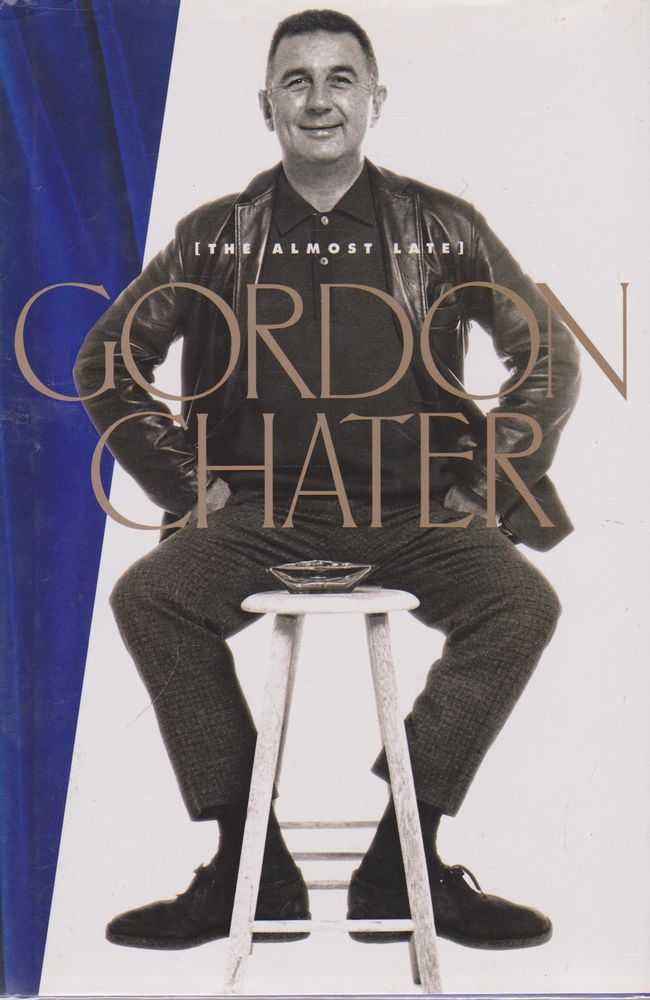 The Australian comic actor, Gordon Chater, puts his life on record. His career is a description of the post-war coming-of-age of Australian theatre and television, from the "Phillip Street Revues" of the 50s to the "Mavis Bramston" show and "The Elocution of Benjamin Franklin". 341 pages. Foxing to outer page edges. Black and white illustrations. Quantity Available: 1. Shipped Weight: 1-2 kilos. Category: Autobiography; Biography & Autobiography; ISBN: 1863597972. ISBN/EAN: 9781863597975. Inventory No: 237882. Hardcover View more info 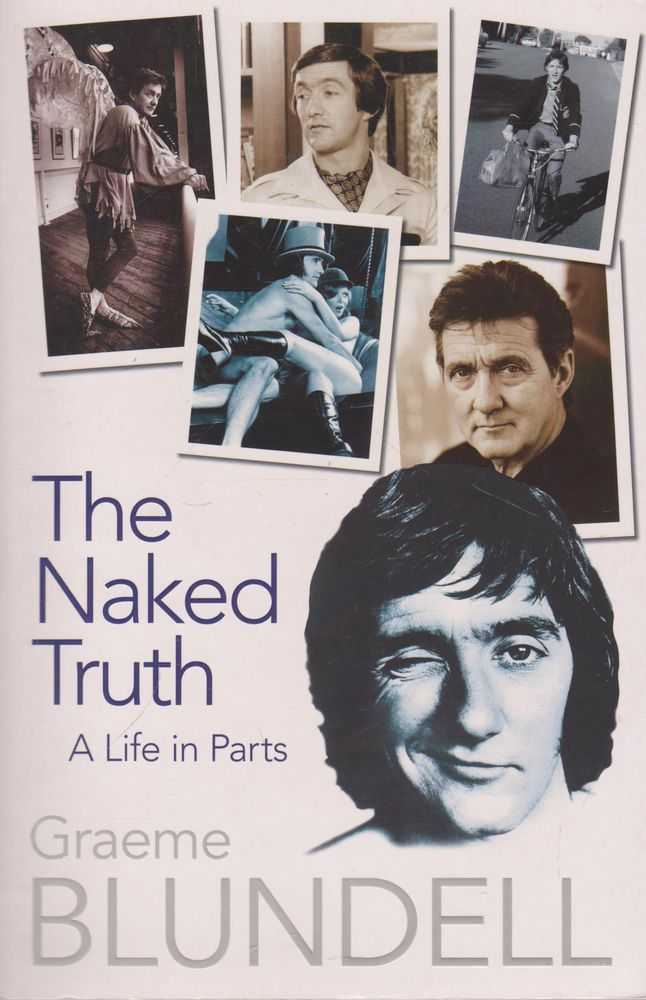 The Naked Truth: A Life in Parts

The Naked Truth is the very personal story of Graeme Blundell - Australia's first sex icon (by chance), a founder of the Melbourne theatre groups La Mama and Playbox, and now an acclaimed writer and journalist. From his childhood in Melbourne's working-class outer suburbs Graeme passionately followed his dreams to become a central part of Australian popular culture. The hit movie Alvin Purple made him Australia's first permissive pin-up, and he became a symbol of the early seventies. Actor, director, producer, biographer, critic and journalist, Blundell established theatre companies and was th... View more info 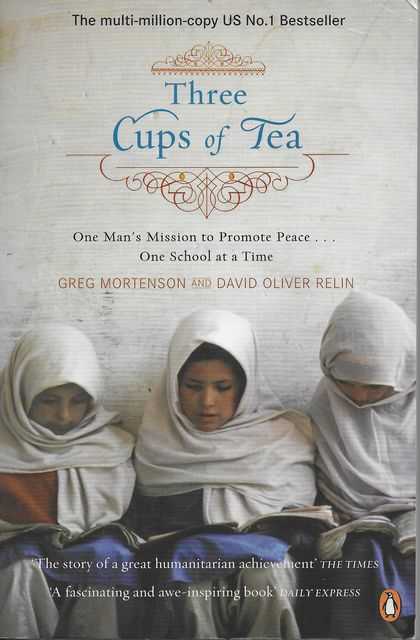 Three Cups of Tea: One Man's Extraordinary Journey to Promote Peace...One School At A Time

Haji Ali, Korphe Village Chief, Karakoram mountains, Pakistan In 1993, after a terrifying and disastrous attempt to climb K2, a mountaineer called Greg Mortenson drifted, cold and dehydrated, into an impoverished Pakistan village in the Karakoram Mountains. Moved by the inhabitants' kindness, he promised to return and build a school. Three Cups of Tea is the story of that promise and its extraordinary outcome. Over the next decade Mortenson built not just one but fifty-five schools - especially for girls - in remote villages across the forbidding and breathtaking landscape of Pakistan and Afgh... View more info 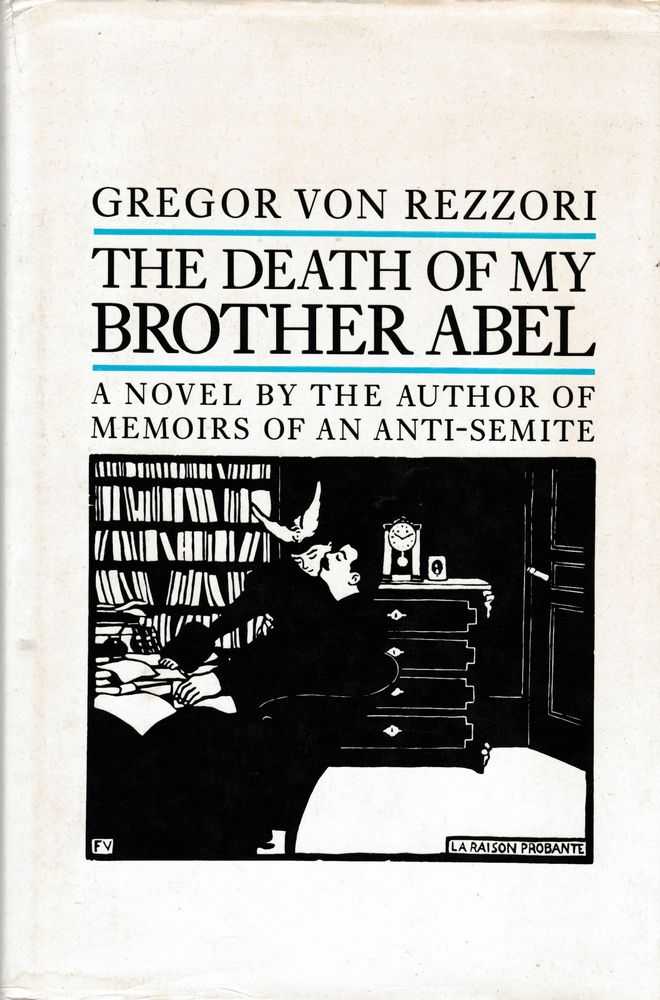 The Death of My Brother Abel

Gregor von Rezzori was born in 1914 in Chernivtsi in the Bukovina, then part of the Austro-Hungarian Empire and now part of Ukraine. In an extraordinarily peripatetic life von Rezzori was succesively an Austro-Hungarian, Romanian and Soviet citizen and then, following a period of being stateless, an Austrian citizen. The great theme of his work was the multi-ethnic, multi-lingual world in which he grew up and which the wars and ideologies of the twentieth century destroyed. His major works include The Death of My Brother Abel, Memoirs of an Anti-Semite and his autobiographical masterpiece The ... View more info 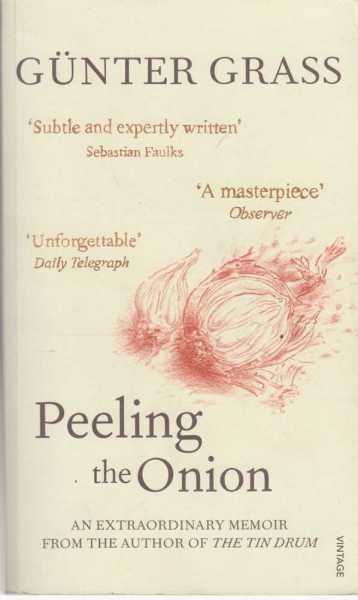 Translated from the German by Michael Henry Heim. eeling the Onion is a searingly honest account of Grass' modest upbringing in Danzig, his time as a boy soldier fighting the Russians, and the writing of his masterpiece, The Tin Drum, in Paris. It is a remarkable autobiography and, without question, one of Gunter Grass' finest works. By the Nobel Prize-winning author of The Tin Drum. 425 pages. Quantity Available: 1. Shipped Weight: Under 1 kilogram. Category: Autobiography::Memoir; Biography & Autobiography; ISBN/EAN: 9780099507598. Inventory No: 219923. Paperback View more info 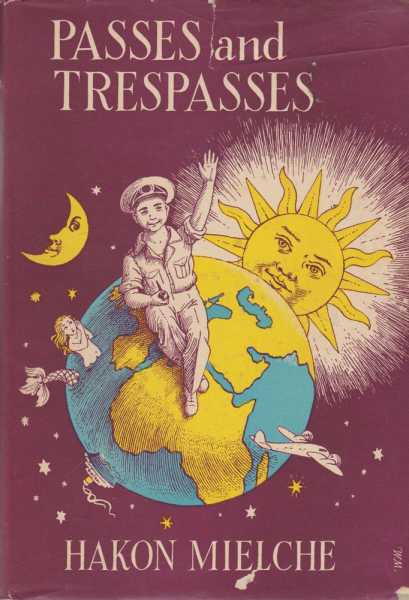 Author of eight popular travel books, here tells the story of his life, how he was a sailor, bookseller, commercial artist, variety artist, down-and-out, journalist and gigolo. He tells of adventures which happened to him from Poland to Malekula. 244 pages. Foxing to endpapers and page edges. Dust jacket has rubbing and small tears to edges and corners and associated wear. Quantity Available: 1. Shipped Weight: 1-2 kilos. Category: Autobiography; Biography & Autobiography; Inventory No: 232647. Hardcover View more info 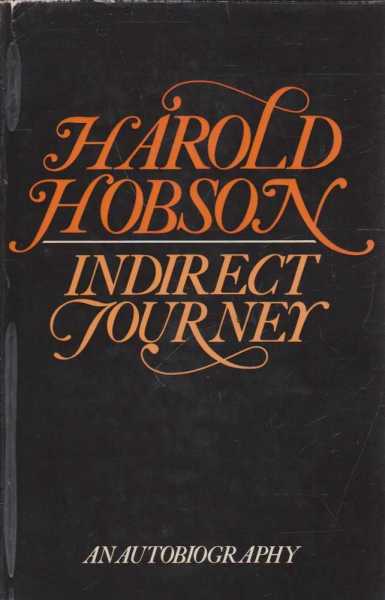 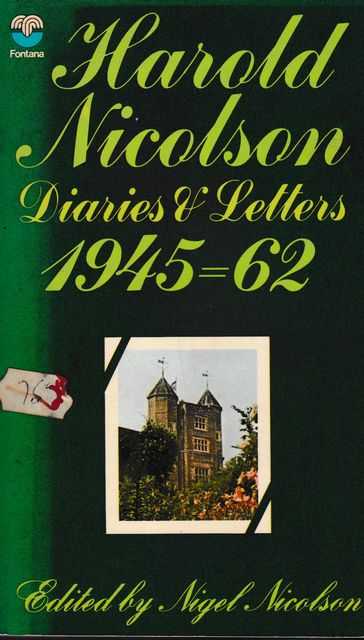 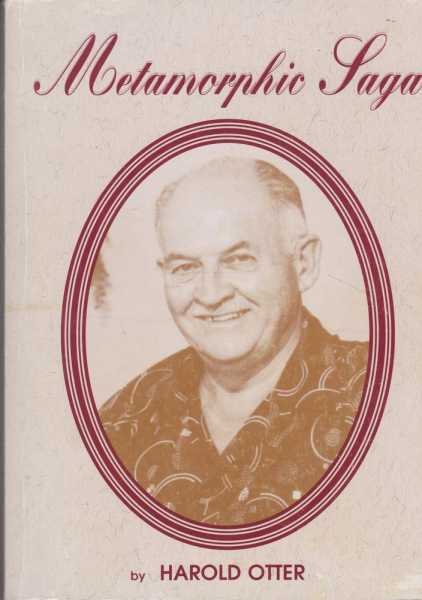 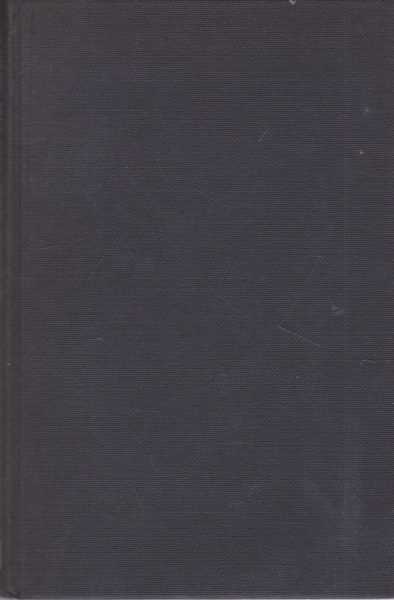 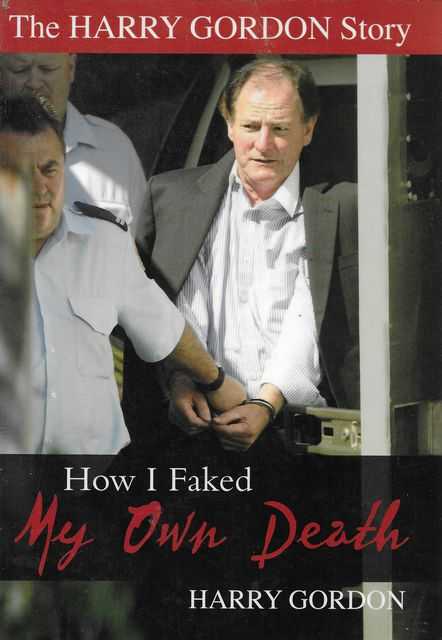 The Harry Gordon Story: How I Faked my Own Death

After a police investigation Harry Gordon was declared dead but no body was found. A funeral too place and his grieving wife was about to collect a payout of $3.1 million dollars. 287 pages. Covered in non removable plastic covering. Quantity Available: 1. Shipped Weight: 1-2 kilos. Category: Autobiography; True Crime. ISBN/EAN: 9781741105841. Inventory No: 248243. Paperback View more info 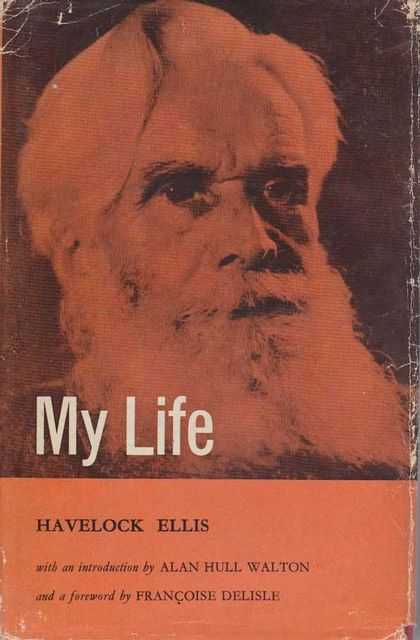 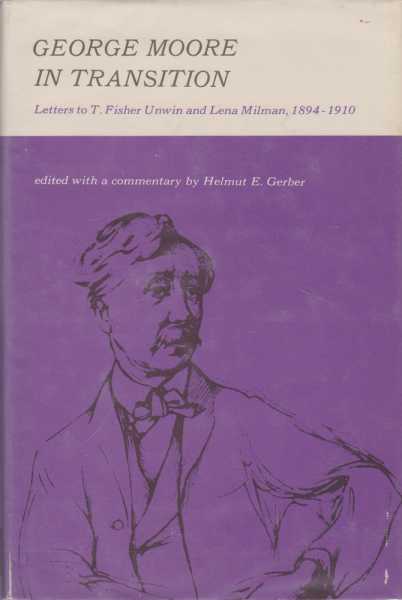