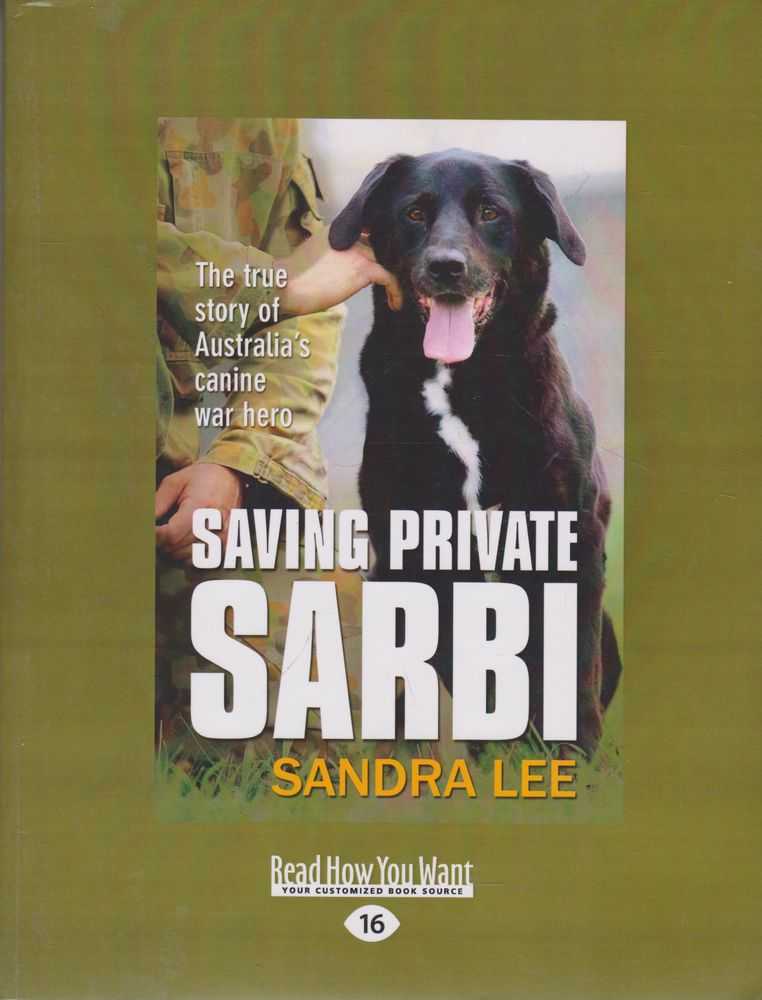 Powerful, dramatic, heartwarming, this is the true story of Sarbi, the scruffy black Labrador-cross trained by the Australian Army as an explosives detection dog for the most dangerous combat mission imaginable.Thirteen months after Australia's most famous canine warrior went missing in action following an historic battle between the elite SAS and the Taliban in Afghanistan in 2008, she was found by an American Special Forces officer patrolling a village in a region known to be a Taliban stronghold. Against all odds, Sarbi had survived her injuries, the enemy's weapons, a bitter winter, one br... View more info