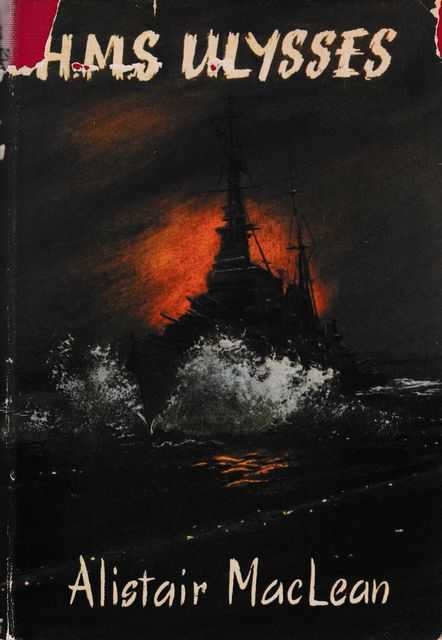 It is the compelling story of Convoy FR77 to Murmansk – a voyage that pushes men to the limits of human endurance, crippled by enemy attack and the bitter cold of the Arctic. Dust jacket has pieces missing to top of spine front edge and top right corner. 320 pages. Dust jacket has rubbing and small closed tears to edges. Quantity Available: 1. Shipped Weight: 1-2 kilos. Category: Fiction; Fiction; Inventory No: 243664. Hardcover View more info 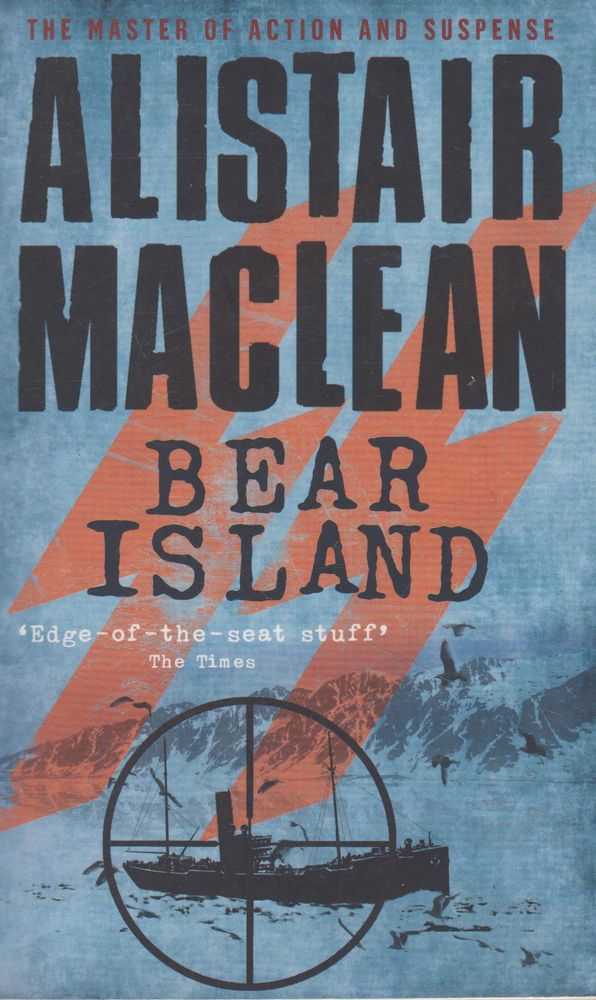 Reissue of the classic tale of adventure and death on a mysterious Arctic island, from the acclaimed master of action and suspense. A converted fishing trawler, Morning Rose carries a movie-making crew across the Barents Sea to isolated Bear Island, well above the Arctic Circle, for some on-location filming, but the script is a secret known only to the producer and screenwriter. En route, members of the movie crew and ship's company begin to die under mysterious circumstances. The crew's doctor, Marlowe, finds himself enmeshed in a violent, multi-layered plot in which very few of the persons a... View more info 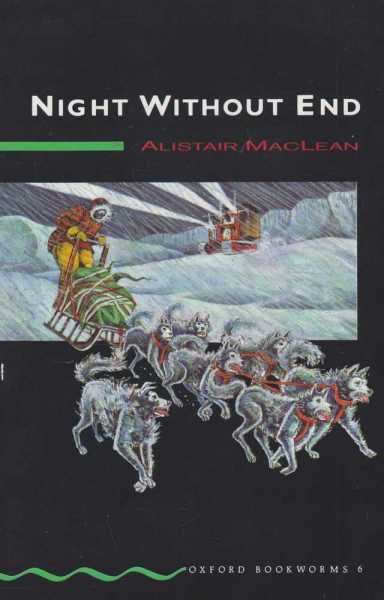 108 pages. Oxford Bookworms Series 6 (2500 words) Oxford Bookworms take students through six stages towards real reading in English. Each one has been chosen for its enjoyment value and its quality of writing. Minor rubbing to covers. 'On the Polar ice-cap, 640 kilometres north of the Arctic Circle, the deadly, icy winds can freeze a man to death in minutes. But the survivors of the crashed airliner are lucky - they are rescued by three scientists from a nearby weather station.' Quantity Available: 1. Shipped Weight: Under 250 grams. Category: Young Adult Fiction; Fiction; ISBN: 0194216667. IS... View more info 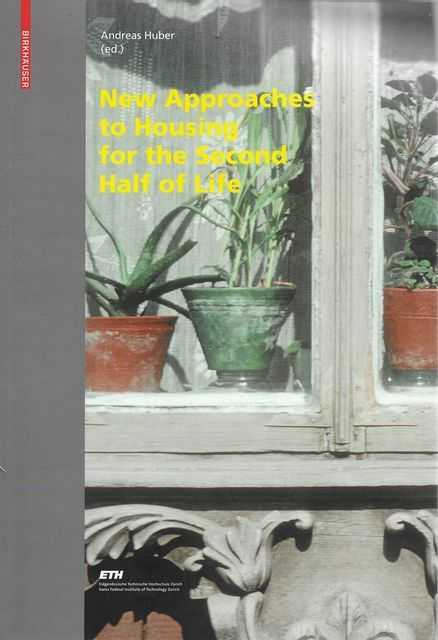 New Approaches to Housing for the Second Half of Life

We are not only living longer than our grandparents - we are also working longer and remaining more active and enterprising than they did. Thus for many today the second half of life is marked by a broad and varied range of activities that call for freedom of action, whether one has a disability or other limitation or not. What types of housing will make it possible to shape this ever longer and more important phase of our lives in accord with our wishes and needs? In addition to the desire of most older people to remain in their homes, we are also seeing the emergence of new and novel communa... View more info 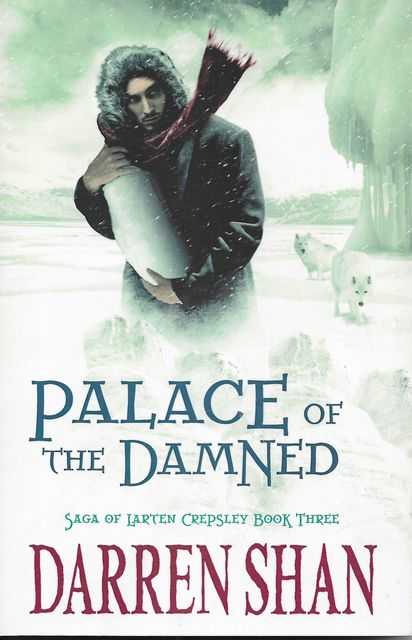 In the third instalment in the creepy, captivating LARTEN CREPSLEY series, Larten finds out what it means to love... but is he also damned to find out what it means to lose? Ages: 9+ Lost in the arctic waste, carrying a baby whose love he could never deserve, Larten faces the darkest time he has ever known. But hope has a way of shining through even the smallest of cracks, and just as Larten reaches the end, a new beginning presents itself. the trouble is, for Larten, the violence of his youth is never far from the surface... and those he loves are the ones he hurts the most. As Larten experie... View more info 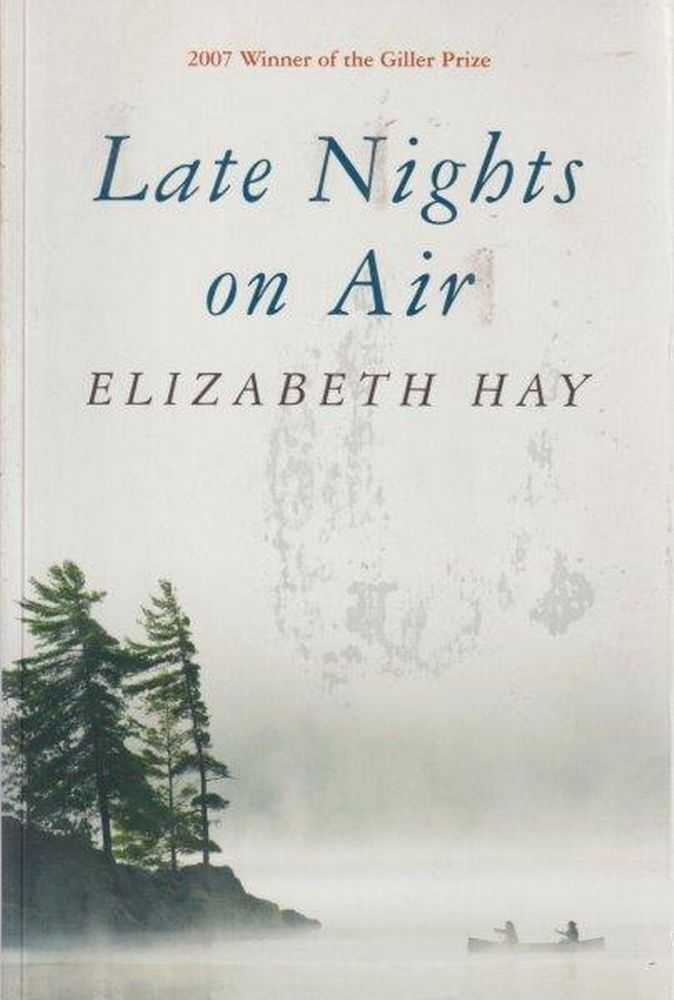 Harry Boyd, a hard-bitten refugee from failure in Toronto television, has returned to a small radio station in Yellowknife, Northern Canada. There, in the summer of 1975, he falls in love with a voice on air, though the real woman, Dido Paris, is both a surprise and even more than he imagined. Dido and Harry are part of the cast of eccentric characters who form an unlikely group at the station. Their loves and longings, their rivalries and entanglements, the stories of their pasts and what brought each of them to the North, form the centre. One summer, on a canoe trip four of them make into th... View more info 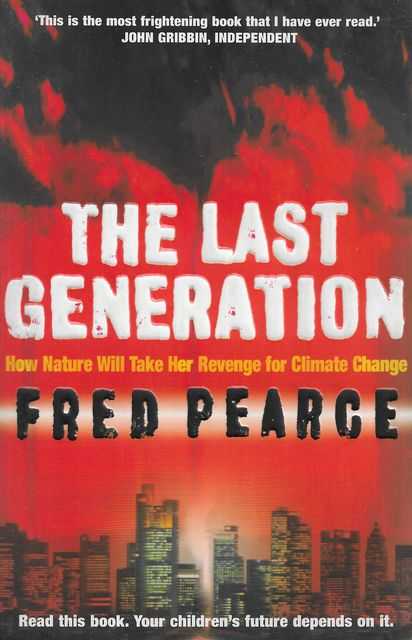 Climate change is not a matter of gradually increasing temperatures. New scientific findings about how our planet works show that it does not do gradual change. Under pressure, it lurches into another mode of operation. Man-made global warming is on the verge of unleashing unstoppable planetary forces. Biological and geological monsters are being woken, and they will consume us. Virtually overnight Nature's revenge will be sudden and brutal, like a climatic tsunami sweeping across the globe. No question, we are the last generation to live with any kind of climatic stability. In this impassione... View more info 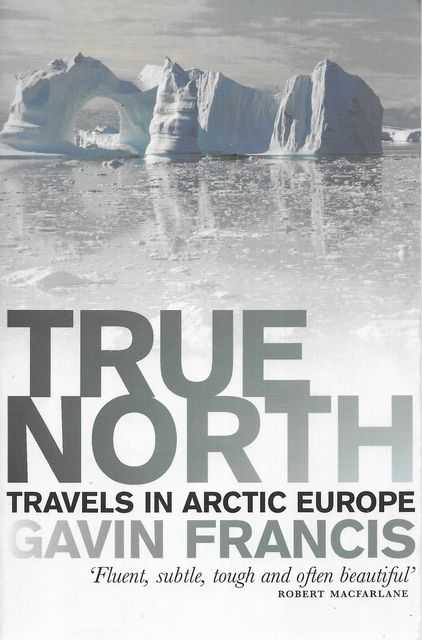 The stark, vast beauty of the remote Arctic Europe landscape has been the focus of human exploration for thousands of years. In this striking blend of travel writing, history and mythology, Gavin Francis offers a unique portrait of the northern fringes of Europe. His journey begins in the Shetland Isles, takes him to the Faroes, Iceland, Greenland, Svalbard and on to Lapland. Following in the footsteps of the region's early pioneers, Francis observes how the region has adapted to the 21st century, giving an observed insight into the lives of people he encounters along the way. As with all the ... View more info 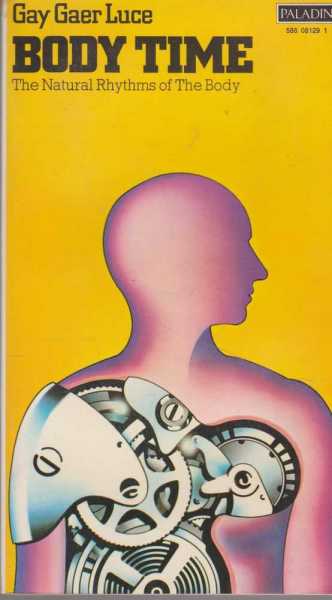 Body Time - The Natural Rhythms Of The Body

Men as well as women are affected by mood and energy changes corresponding to the lunar month. People living in the Arctic have a marked tendency towards emotional disorders during the long, sunless winters. Memory, creativity and 'intelligence' vary with the time of day and over the course of the year. Sleep has natural rhythm composed of periods of dreaming, near-waking and deep slumber, and subjects deprived of one of these essential stages show signs of depression, irritability, or anxiety. A host of biological rhythms - operating like internal clocks - influence our feelings and performan... View more info 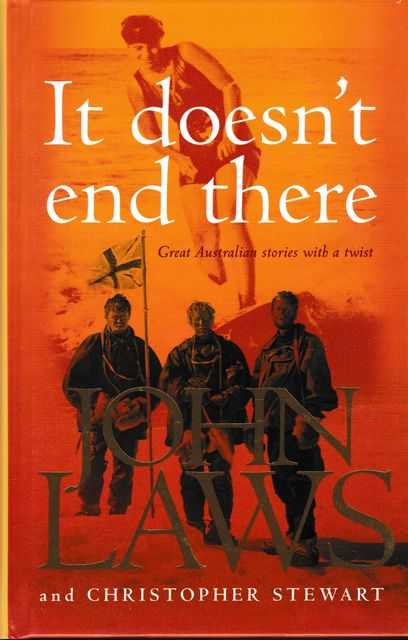 It Doesn't End There: Great Australian Stories With A Twist

By: John Laws and Christopher Stewart

Following on from the success of 'There's Always More to the Story', John Laws and Christopher Stewart have put together a second collection of fascinating and compelling real-life Australian stories that often reveal an intriguing and hitherto unknown side of our history. Whether it's the first Muslim terrorist attack on Australian soil, 90 years ago, the exploits of a South Australian farm boy who made the first submarine voyage under the Arctic ice, or a Scandinavian king who came here as a convict, 'It Doesn't End There' is full of surprises. From the bush to the cities, from the early set... View more info 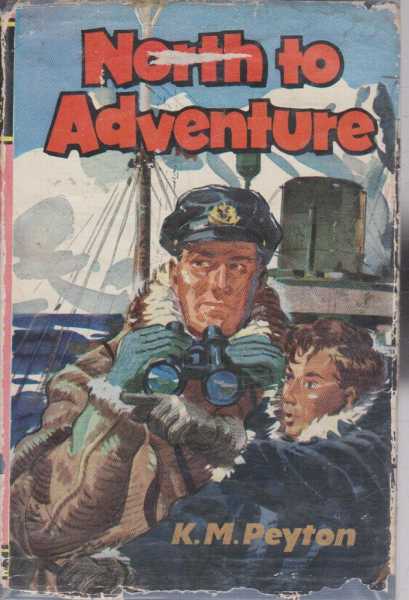 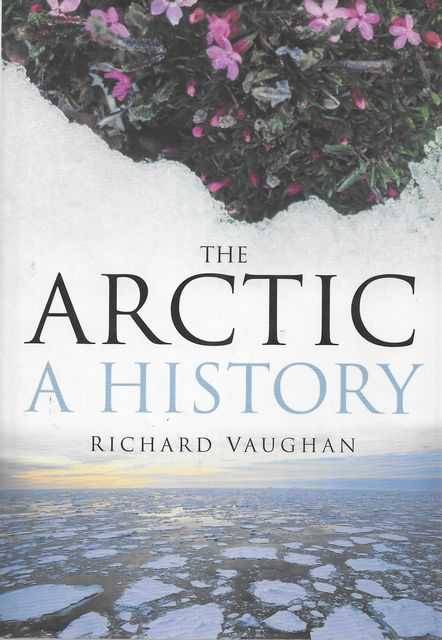 The Arctic surrounds the North Pole. Russia, whose shores stretch approximately half way round the northern hemisphere, takes the lion's share in the territory but the United States, Canada and Denmark have their stakes too. Those who inhabit the densely packed ice, however, remain largely unconcerned by national claims and political boundaries. Today the Arctic, neither a continent nor a nation, has become one of the last contested lands on earth. Richard Vaughan focuses on the human inhabitants of the Arctic and their struggle for existence in one of the most inhospitable areas of the world ... View more info 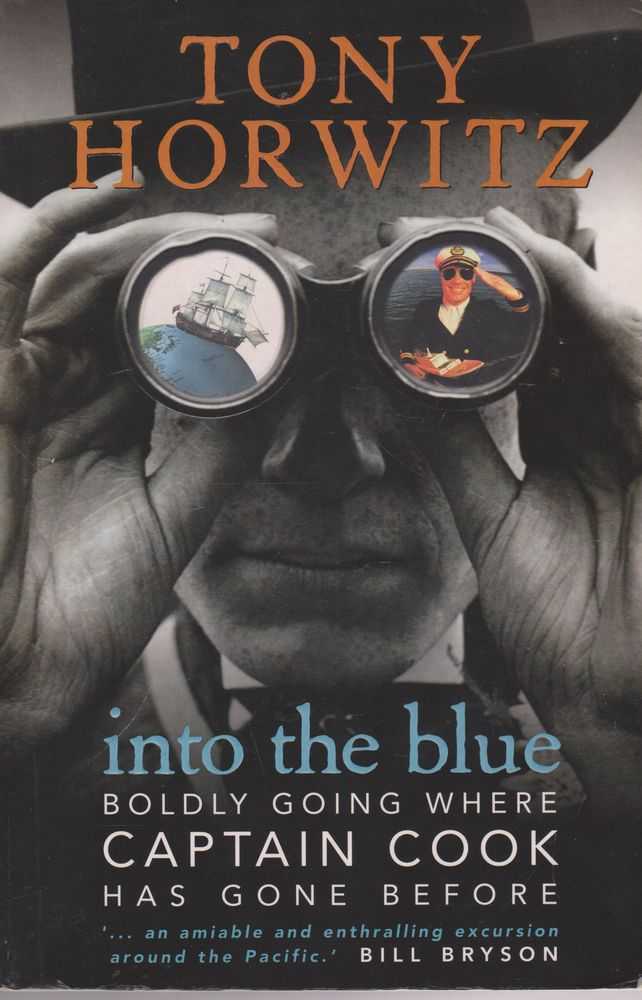 Into The Blue offers clear-eyed, vivid, and highly entertaining reassurance that there are still outlandish worlds to be discovered.' Caroline Alexander, author of The Endurance: Shackleton's Legendary Antarctic Expedition Captain James Cook's three epic journeys in the eighteenth century were the last great voyages of discovery. His ships sailed some 150 000 miles, from the Arctic to the Antarctic, from Tasmania to Oregon, from Easter Island to Siberia. Before Cook set off for the Pacific in 1768, one third of the globe remained blank. By the time of his violent death in Hawaii in 1779, there... View more info 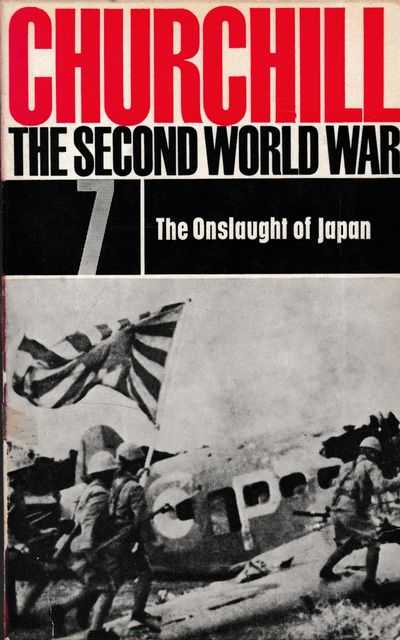 The Second World War #7: The Onslaught of Japan